The folks a Busuk were kind enough to request an interview with us.  Thanks again guys!

Greeting mate thanks for this interview with Busuk Webzine and to get to know Hate Division a bit more how have you guys been?

We've been doing well thanks.  Glad to speak with you guys at Busuk!

Sure.  On guitars we have Howard Young.  On bass is Paul Shaw who also runs Blast Head Records.  Sean Wyszynski handles the vocal duties and I play drums and do sound engineering for our recordings.

Who came up with the name Hate Division? Does it have any specific meaning to you guys on the way you play your music?

Paul came up with it back in 06.  It was originally going to be used for grindcore side project but we ended up adopting it for our full time band.  The name implies how hate divides us all.

Let’s talk a bit about your song writing process. How does a song usually develop-do you first start with a lyric, melody, chord progression, or something else? Do you begin writing a song in your head before you pick up an instrument?

The song writing process is usually a group effort.  Most of the riffs are written at home by either me, Howie or Paul.  We bring our riffs to jam, arrange and combine them into a basic song structure.  From there we fine tune them until we're happy.  The majority of our material doesn't fit the standard "verse/chorus/verse" mold so sometimes this can be a lengthy process.  There have been a few instances where we've written riffs based off drum patterns but that's rare.

Who was usually responsible for writing lyrics and music concept for Hate Division?

Most of the lyrical concepts are handed by Sean but I usually write a few songs per album.  Also Paul and Howie have been known to come up with some killer song titles.

The cover artwork from your 2014 full-length album ‘Order of the Enslaved’ is really awesome and very sick. I like it very much. Who came up with the concept, and how much design did you have to wade through until you came to this one?

Thanks!  We absolutely love it as well.  The concept was brought to life by the artist Ken Sarafin.  We gave him the lyrics to the title track and he ran with it and came up with what you see in the finished piece.  He initially provided us with a few different designs and ideas but we were pretty much sold on this one right from the start.

Well I want to talking a bit about you’re personally now. When do you started or choose to play metal music and which bands inspired you back in the day to start?

I've been obsessed with all things loud since my dad first introduced me to 'Appetite for Destruction' by Guns N' Roses when I was 10 or 11.  I started playing guitar seriously around age 16.  My earliest influences were the obvious ones:  Sabbath, Slayer, Metallica, Sepultura.  From there I discovered the Death - Spiritual Healing album and my love for death metal was born.

What is the current situation of real metal in Canada? I don’t know much about sickest death metal bands only you guy’s hehehe. Any newcomer bands I should be checking out?

I think Canadian metal is probably as strong as it ever was.  Not really a newcomer but Nervous Impulse (spastic death/grind from Montreal) are about to drop a new album on Blast Head Records.  Also, the new material from Unbreakable Hatred sounds promising.

What are the gears do you use to record and do you use the same amp/guitars etc for live shows?

We have a home studio setup in our jam space.  We basically use the same equipment to record as we do live.  For 'Order' we used a Peavey 5150 with a Vader cab mic'd with 2 SM57's.  Classic guitar recording setup.  We try to keep our recordings as organic and dynamic as possible.

You know a lot of USA bands have toured Indonesia and they are a death metal freak there, the late John Yoedi (RIP) co-founder of Busuk Webzine was also from Indonesia and a big fan of Disgorge USA and Suffocation. Do you or have you heard of any metal bands from Indonesia before?

I am going to throw this question in hehehe, I am an Aussie so have you guys heard any Australian bands from Down Under hehehe?

What are your guy’s plans for 2015 and the near future?

Not much on the horizon for Hate Division at the moment as our vocalist moved to western Canada.  We may be able to pull off a few live shows when he's home in the summer.  Howie, Paul and I are working on a new project that we plan to bring to life in 2015.  I'm also working on a solo project and I believe Paul is doing the same.

If you have one chance if you could jam with any metal band or person in this world, who would you love to jam with and why?

Where can we buy your music and other merch such as T-shirts etc?

You can buy some shirts and our first album from our bandcamp site:  https://hatedivision.bandcamp.com/

Our new album 'Order of the Enslaved' is available from Blast Head Records:  http://blastheadrecords.com/store/

Well thank you guys so much for the interview and to get to know you guys more. Any last words you want to tell the readers out there?

Try to be objective and open minded when discovering new music.  It's seems far too acceptable to criticize everything now-a-days.  Some of my favorite albums of all time were ones that I didn't care for on the first or even second listen.  Thanks for the interview and cheers! 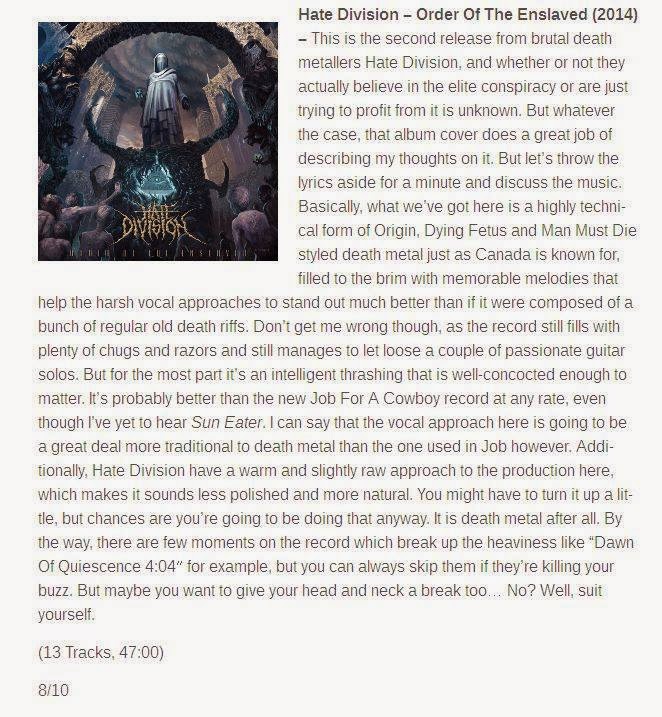 Email ThisBlogThis!Share to TwitterShare to FacebookShare to Pinterest
Labels: Reviews

Email ThisBlogThis!Share to TwitterShare to FacebookShare to Pinterest
Labels: Reviews 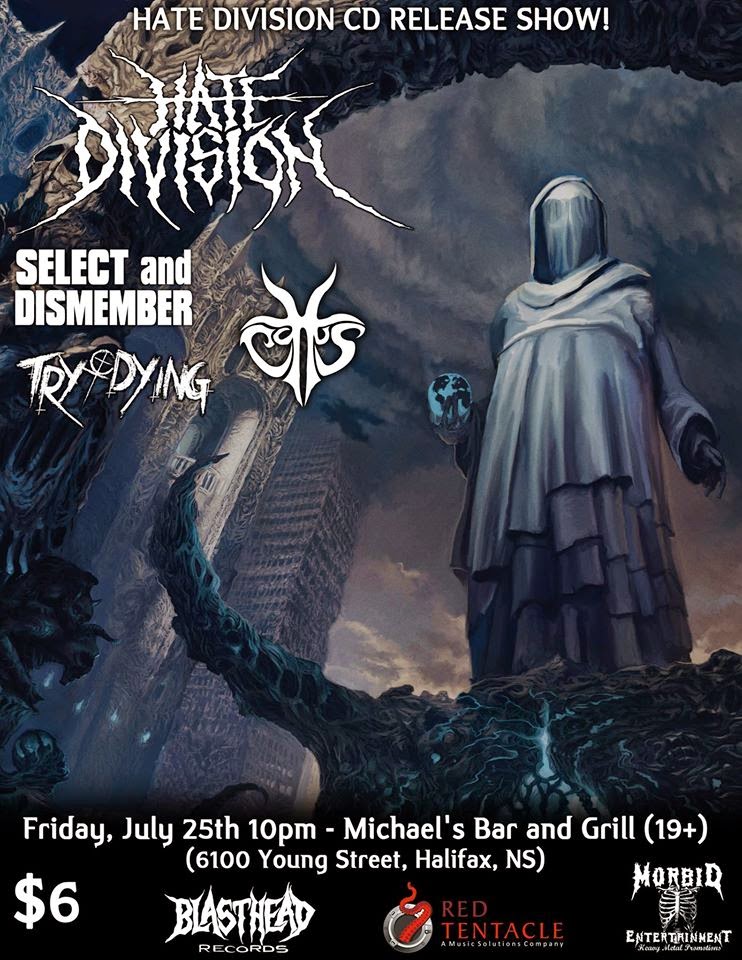 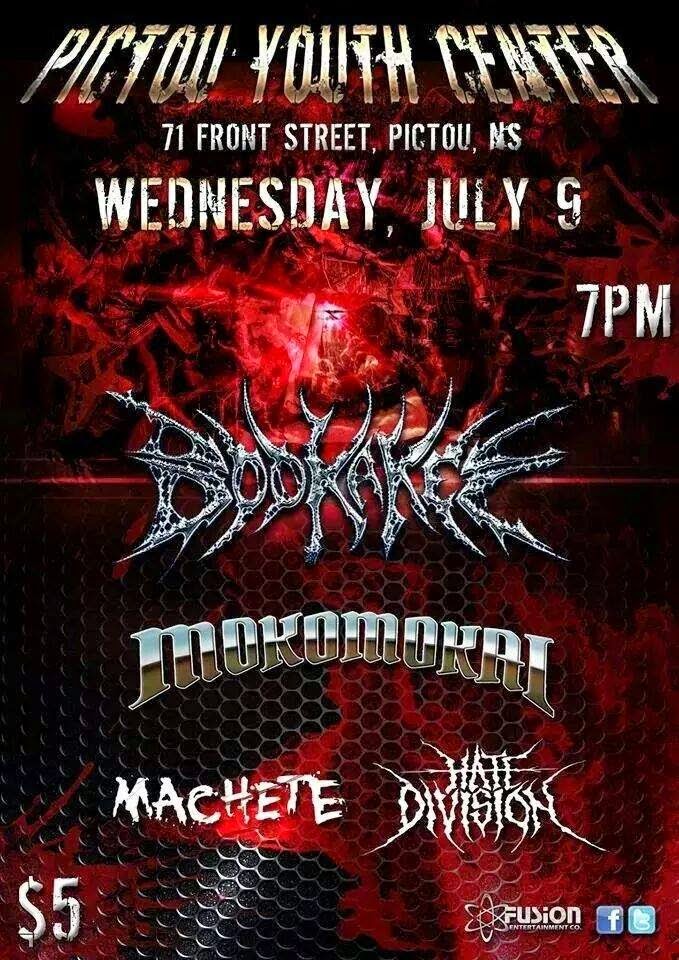 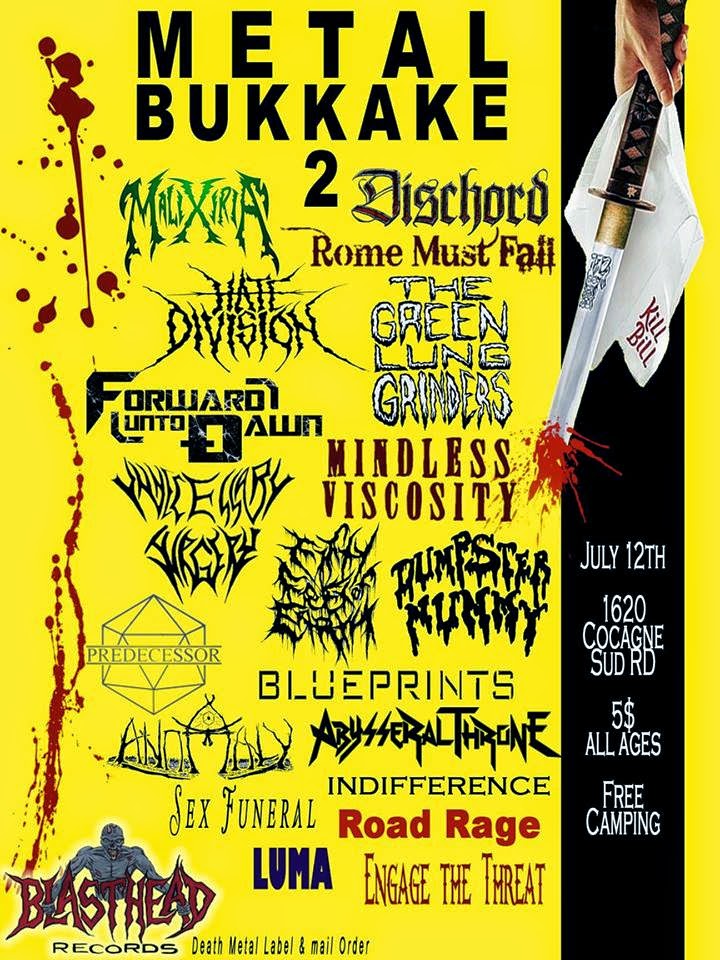 Email ThisBlogThis!Share to TwitterShare to FacebookShare to Pinterest
Labels: Video

Interviews with Dead Rhetoric and Against Magazine

We had the pleasure of doing interviews with Dead Rhetoric and Against Magazine about the new album 'Order of the Enslaved'.  Check em out! 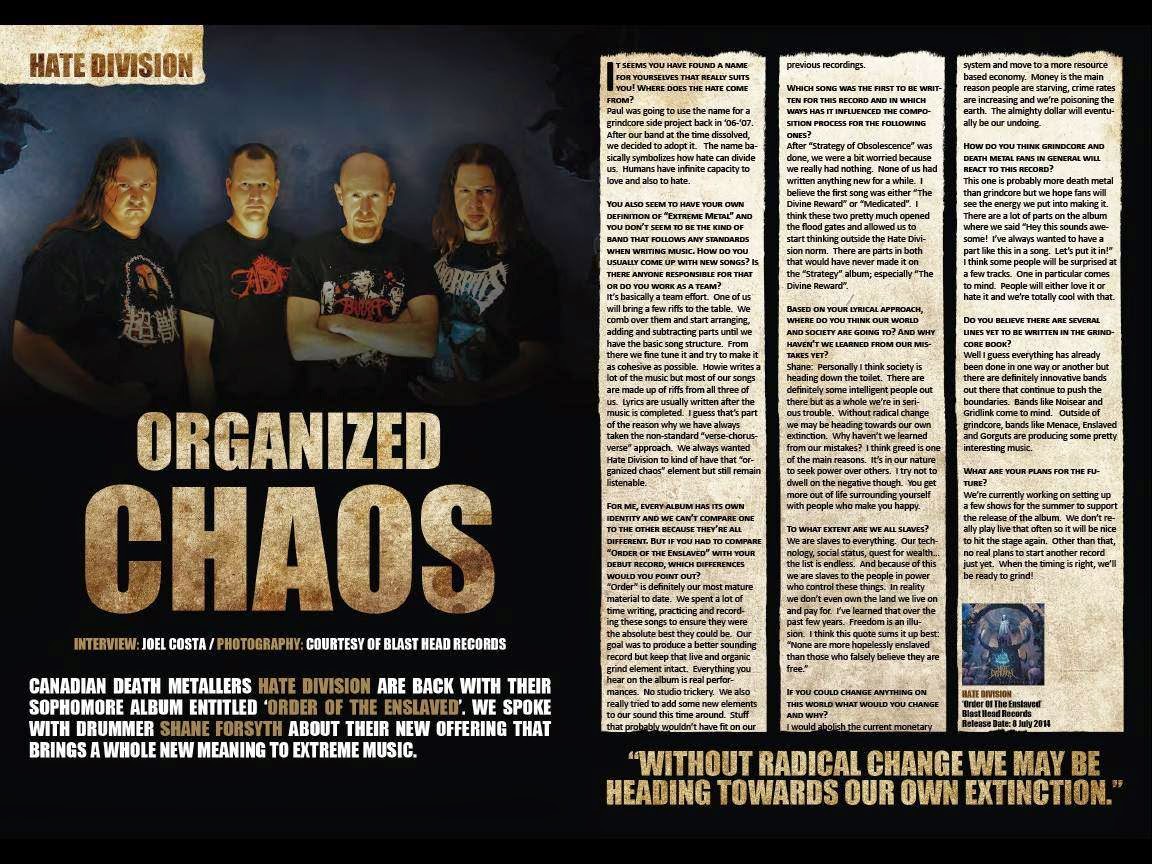 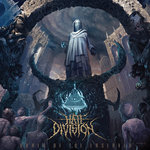 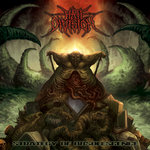 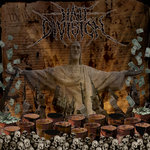